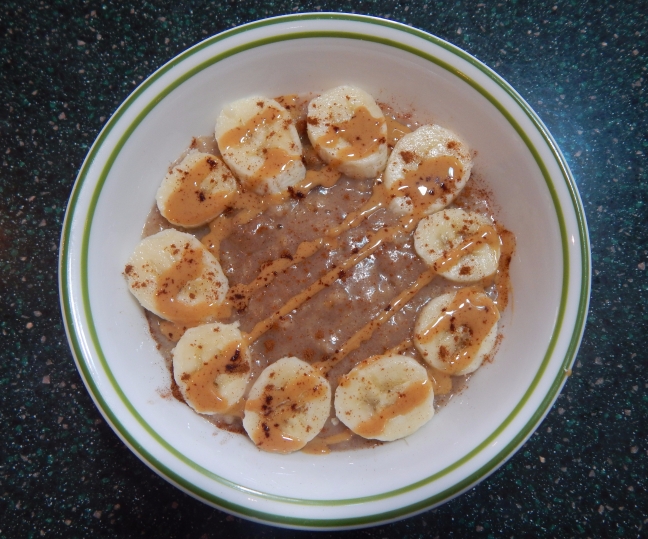 Finding yummy breakfast foods that are both easy to make and vegan can be quite tough. However, as I continue along my Vegan journey I’ve found a few meals that I can’t seem to get enough of.  As requested by you, the readers, I will be sharing these simple recipes of mine. I thought I’d start off with Vegan oatmeal. Oatmeal, a traditional breakfast food is both quick to make and easily turned Vegan. This oatmeal recipe is simple yet delicious and of course, visually appealing. Topped with bananas and cinnamon, it’s the perfect start to any day!

And that’s all there is to it! Enjoy 🙂

Be sure to follow my blog so that you will be notified when my next post goes up!